History of the Ford Transit Van

Ford is the most popular van manufacturer in the world, and the history of the Ford Transit Van reads like a history of British business, let alone British motoring. The applications are too numerous to list, but Transits are used to carry items, transport people, vend food, tow trailers and assist hundreds of industries.

An unfortunate testament to its usefulness and efficiency is the association the vehicle has with crime. The Transit is the most frequently stolen vehicle, plus its car-like performance and spacious capacity have made it the getaway van of choice for decades.

Launched in 1965, the Transit model began life in Ford’s Langley operation near Slough. Expansion soon followed and they made the move to a new facility in Southampton. The Transit Mark II arrived in 1978 with a new body shape, interior spec and engine. The Transit’s growing success was ultimately down to its flexibility of use. 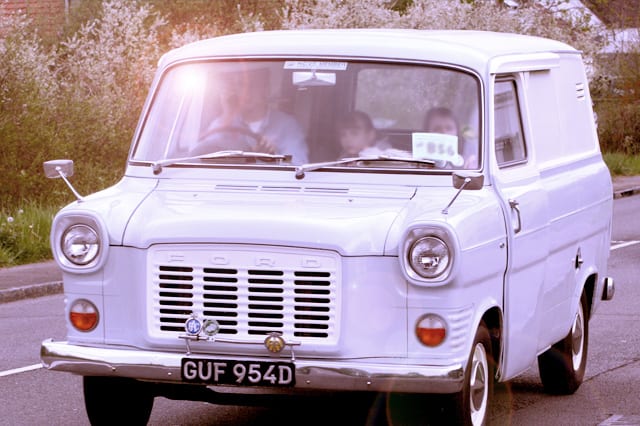 The second generation came in 6 different body styles (such as the Connect) with a selection of 5 engines, so there would be a Ford Van suited to any industry. Within those variations there were different wheel alignments, seating architecture and door arrangements. Whilst commercial vehicles had previously been seen as much more cumbersome and unwieldy compared to cars, the Transit series brought style and comfort to the genre.

The 21st century saw the third iteration of the Ford Transit Van, which came in 9 diesel engine variants and one 2.3L petrol engine. 2001’s International Van of the Year was the first time Ford would win the award, and in 2013 the newest generation of Ford Transit won the award again.

An advertising campaign in 1999 represented the Ford Transit as the ‘backbone of Britain’, in reference to the thousands of Ford vans populating the major longitudinal motorways such as the M1.

If Britain were analogised as a human body, the Transit should in fact be depicted as the skin rather than the backbone. There is scarcely an industry in the country that isn’t helped by this iconic vehicle. Certainly every road in the country has been used by one. From ice cream vans and school buses to Police vans and mobile fast food stalls, the Ford Transit van has been pivotal in British trade for 6 decades.